The term Concentrates as it relates to cannabis is becoming a household term these days as the population becomes more knowledgeable about cannabis and it’s various by products.

Of course cannabis concentrates have been manufactured and used for centuries around the world , there is nothing new about extracting the important compounds from the plant materials in cannabis.

In fact in the United States cannabis based tinctures were one of the most popular over the counter medicines of the late 19th and early 20th centuries.  All of the major pharmaceutical companies carried their own brand of cannabis indica tincture.

The difference now in the 21st century however is the growing variety of concentrates available, the way they are consumed, smoked or ingested and the modern extraction methods and equipment being developed.

Here at Cannabis Cuisine our main focus of course will be on concentrates made for cooking like cannabutter and cooking oil based concentrates using olive oil or even vegetable oil.

The science has shown us that the compounds in cannabis, known as cannabinoids are fat and alcohol soluble, not water soluble.  Well it just so happens that oil and butter are not only common ingredients in many recipes they are the perfect medium for the extraction process !

These cannabinoids as they are called such as tetrahydrocannabinol or THC and cannabidiol CBD,  bond nicely with the fatty molecules in oils and dairy products making them ideal for use in your favorite cannabis cuisine recipes !

One very important things to consider when using concentrates in your kitchen is that concentrates are… well, very concentrated, and very potent, so be sure to educate yourself about them in their various forms and use good old fashion common sense when experimenting with them.

Order Our Recipe Book on paperback today from Amazon... a must have for anyone cooking with cannabis ! 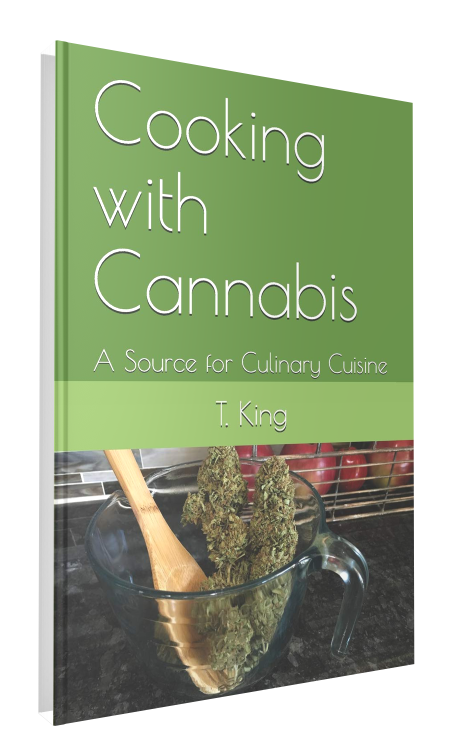